It’s often noted that America is an excessively litigious society which may or may not be accurate, depending on who you ask. But there’s no question that the rules and regulations that have made it relatively easy to sue for personal injury in the US have resulted in some truly bizarre lawsuits and legal proceedings. Read on for some of the most entertaining ones we found.

Strange discrimination: Most employers know that they are prohibited from discriminating against employees on the basis of race, religion, sex or disability, among other things. But you might be surprised by how broadly these categories have been interpreted by employees who file discrimination lawsuits. In 2013, an Ohio high school teacher sued the school district after she was transferred to a junior high, claiming they knew she suffered from pedophobia, or “a fear of young children.” In New Jersey in 2014, a turnpike toll collector sued for religious discrimination after her supervisor allegedly requested she stop saying, “God bless you” to drivers. 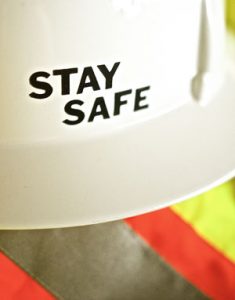 Ghost worker: A business owner in Tampa Bay, Florida was upset and irritated when he found out he was being sued by two former employees for alleged unpaid overtime. But he was even more surprised to find out that one of the litigants had never even worked for his company! Somehow the woman got on the company’s payroll, even though the company had no record of hiring her, and she was employed at a full-time job elsewhere. The woman and her boyfriend failed to get all of their stories straight; they eventually dropped their lawsuit.

Please [don’t] kick me: In 2013, an Intel employee sued after his co-workers taped a “Kick Me” sign to his back, after which several other employees followed the sign’s suggestion. The two employees charged with harassment were convicted of battery, fired, and sentenced to community service. The man’s federal lawsuit is still pending.

Crime pays? Speaking of community service, in New York City, two small-time criminals filed a class action lawsuit in 2014, claiming they should be paid minimum wage for the community service required as part of their sentences. The defendants argued that community service met the legal definition of “employment” and that they were being exploited by the city for unpaid labor.

Something smells funny: In 2005, a DJ was awarded a major settlement after her employer refused to accommodate her severe perfume allergy. The DJ had complained that her co-worker’s perfume made it difficult for her to breathe and asked her employer to adopt a no-scent company policy or relocate her. In 2010, a similar case settled for $100,000.

Penny paranoia: A frustrated fashion-conscious attorney from Florida decided to sue Forever 21 after she returned items on two separate occasions and was credited less than the amount she originally paid by one penny. The woman alleged that the company was running a penny scheme with the intention of stealing millions of pennies from unsuspecting customers and making thousands of dollars as a result.

For answers to any of your business insurance questions, call or contact Consolidated today.