Second in a series of three installments on workers’ compensation coverage

Navigating the murky waters of workers’ compensation coverage is a challenge for many employers, especially when it comes to distinguishing exactly what constitutes a legitimate, compensable claim. What exactly determines whether a claim is compensable? 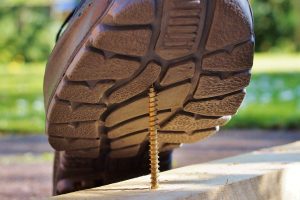 In order to be compensable, a claim must meet all five of the following requirements:

Happened to One of Your Employees. This is pretty simple: the person filing the claim must be an employee, not an independent contractor or vendor. Even if the incident occurred on your premises, unless it affected someone who works directly for you, it is not compensable.

Resulted in an Injury or Illness. Note the “or illness” part. We tend to think of workers’ compensation claims as being associated with workplace injuries, but illnesses may also be compensable if they are related directly to the job.

Arose Out of Employment. An injury occurring on the employer’s premises or on a jobsite is not automatically compensable. There must be a direct connection between the injury and the desire or attempt to further the employer’s business. For example, an injury sustained while employees were horsing around while on a break is probably not compensable.

Occurred in the Course and Scope of Employment. This sounds very similar to the previous entry in that both stipulate that the employee must be at work when the incident occurs. Here, a provision known as the “coming and going rule” will generally deny benefits for injuries received while traveling to or from work. However, injuries sustained while traveling between jobsites during the course of employment, for example, are generally compensable.

Resulted in Impairment and/or Lost Wages. The injury or illness must cause the employee to be impaired in some way, and generally that impairment will be associated with lost wages. However, either of those two circumstances can constitute a compensable claim without the other; that is, an incident resulting in lost wages without impairment, or impairment without lost wages, is still compensable.