What protects a business from a construction project that doesn’t go as planned? As much as we hope and expect that things will go well and according to contract, occasionally a contractor is unreliable, or even goes bankrupt in mid-project, creating a nightmare scenario for the client. 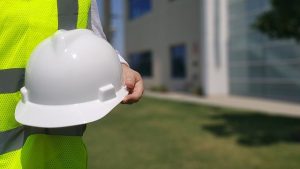 Surety bonds are the safety net that protects a client in such circumstances. Essentially, suretyship is a three party agreement where one party (the insurer) guarantees performance of an obligation by another party (the contractor) to a third party (the client).

There are two main types of surety bonds: contract (also known as corporate) surety bonds and commercial surety bonds. In this post we’ll focus on contract bonds, which incorporate the following:

Bid bonds provide assurance that a bid has been submitted in good faith and that the contractor intends to perform the work specified at the price quoted.

Performance bonds protect the owner from loss if the contractor should fail to perform the contract as specified in its terms and conditions.

Payment bonds ensure that the contractor will pay its subcontractors, laborers and suppliers, protecting the owner from exposure for nonpayment.

Maintenance bonds are similar to a warranty: they guarantee against defective workmanship or materials for a designated period of time.

Subdivision bonds guarantee to cities, counties or states that the contractor will finance and construct specified improvements such as sidewalks, curbs, gutters, sewers or even streets.

Surety bonds are similar to other types of insurance in that they indemnify a party against financial loss, and are regulated by state insurance commissioners. Unlike traditional insurance, however, the risk in a surety bond is borne by the contractor, not the insurer. Surety bonds also differ from insurance in that the risk is not spread among multiple parties who all contribute premiums. Instead, a surety bond is a form of credit issued to a single party, so underwriters place a great deal of emphasis on pre-qualifying and careful selection.