The National Law Journal recently released its list of the Top 100 Verdicts of 2019, “Top 100” referring to the dollar value of the awards. The list should capture the attention of every business owner, especially those in higher-risk verticals.

Divided into categories including construction, manufacturing, premises liability and motor vehicle accidents, the Top 100 list is a pretty sobering look at just what’s at stake with the risk profile of any company. 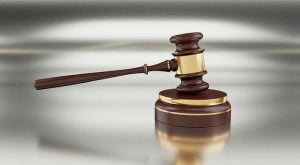 The awards are notable for two reasons: First, the vast majority fall into the “it could happen to anyone” category. A fatal mistake by a crane operator; a truck driver swerving into oncoming traffic and later found to have marijuana in his system; a tenant who apparently perished due to nonfunctional air conditioning.

Also notable are the amounts of these jury verdicts, most of which run from seven to nine figures, as in hundreds of millions of dollars. While many initial jury awards are later reduced, even the final figures are staggering.

More disturbing, perhaps, is the trend seen in a year-to-year comparison. Several of the top verdict categories, including motor vehicle and product liability, showed an increase of more than 100 percent in total award amounts over the prior year.

What does all that mean to you?

Those spiraling verdict totals are among the main factors driving the current ‘hard market’ in the insurance industry. That hard market has the following effects:

In short, insurance costs overall are rising and coverage is becoming harder to obtain. And for many businesses trying to work their way back from the pandemic, the timing couldn’t be worse.

What to do? Understand that while you may not be able to completely avoid the rising tide of insurance rates, there probably are things you can do to minimize the impact.

First, be prepared. It’s more than likely that this scenario will have an impact on your company. Factor that into your budgeting. Second, if you haven’t yet heard from your broker about this changed insurance landscape, now is the time to begin that conversation.

We like to talk about ‘telling a better story’ to insurers, and that’s never been more important. Companies that can demonstrate a pro-active approach to risk management will have a better experience overall. It’s vital to work with a broker who understands this new reality and will partner with you in navigating these turbulent waters to minimize the effects on your bottom line. Contact Consolidated Insurance today!