If your company has vehicles on the road, you’ve probably experienced premium increases even if you’ve maintained a good safety record. In some cases those rate increases have reached double-digit percentages, a frustrating state of affairs for any organization. 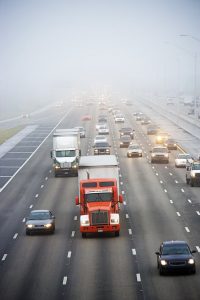 The central issue is that the commercial auto segment has been unprofitable for insurers for much of the past decade. In fact, the industry collectively sustained a loss of $4 billion in commercial auto coverage in 2019, according to AM Best. That leads directly to higher premiums and/or a greater reluctance to underwrite certain exposures, and is yet another factor in the current overall hard insurance market.

With vehicles boasting more safety features than ever, and with the steep drop-off in traffic in 2020, rising costs might seem counterintuitive. But it seems that for every positive factor there are two negatives. Let’s take a look at what’s behind the rise in commercial auto premiums:

Driver shortages: The American Trucking Association says that about 160,000 commercial driver positions will go unfilled over the next ten years. That particular segment of the workforce is aging, perhaps in part because self-driving vehicle technology is on the horizon and young people don’t see a long-term future. In any case, the result is that the new drivers who are hitting the road tend to have less training, and obviously have less experience. And longer-term drivers are often being stretched, taking on longer shifts. Both of these create safety issues.

Rising costs: When an accident happens, the medical costs associated with it are greater than ever, as is the likelihood of a so-called ‘nuclear’ jury award over the liability. This big medical bills and massive awards in litigation both have a significant impact on insurers’ ability to provide reasonably-priced coverage. And all those safety features that newer vehicles have, like telematics and backup cameras? They do help to prevent accidents, but when one happens anyway all that technology significantly increases vehicle repair costs.

Crowded roads/distractions: The pandemic notwithstanding, there are more of us out there driving than ever before, with another 2.6 million vehicles to hit the road in 2021, according to DOT estimates. And many of those drivers are eating, drinking, talking or texting … anything but devoting their full attention to the task at hand. Add to that a national road infrastructure in serious need of attention and you have another set of contributing factors to higher costs for insurance carriers.

What about the pandemic? With the shelter-in-place orders covering much of the nation in 2020, vehicular traffic declined substantially, as did accident frequency. Unfortunately, many of those who were still driving did so with a false sense of security due to the lighter traffic. Excessive speeding was rampant, with police not inclined to intervene due to infection risk. While accident frequency went down, accident severity went up.

What to do? If commercial auto coverage is a part of your business picture, it would be wise to budget for increased costs, but also to do everything you can to mitigate them: Have strict policies for driver behavior, with real consequences for infractions. Deploy technology to track vehicle speed, location and other behavior including mobile phone usage. You may not be able to avoid rate increases, but underwriters will look more favorably upon submissions where they can see a demonstrable commitment to safety.