When you hear the term “flash mob,” you probably think of a bunch of people breaking into a song-and-dance number at, say, a train station or shopping mall. But the flash mob has a darker side in the form of flash mob robberies, and unfortunately it’s a growing trend. 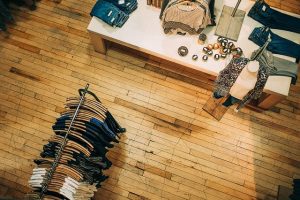 The concept is the same: A large group makes plans, usually via social media, to gather at a certain place and time. In the case of flash robberies, though, the objective is to steal merchandise, using the sheer numbers of the group to overwhelm staff and any onsite security. Think of it as team shoplifting. Some of these incidents are violent, with store windows smashed and weapons used, including pepper spray and even physical assaults directed at store personnel.

The National Retail Federation (NRF) says that nearly 80 percent of businesses have experienced some form of multiple-offender crime in the past year, with 10 percent of those incidents showing characteristics of flash robbery events. Those are big numbers.

What can you do to protect your establishment and your workers? Here are some precautions you can take.

Train staff: All team members should be trained to look for warning signs of a flash mob robbery, and someone should always have the responsibility of keeping their eyes on what’s going on outside the front door. Look for unexpected large groups of people or vehicles, and obviously for the presence of any weapons. A few minutes’ notice could give you time to lock down the facilities before an attack.

Merchandise: Put high-value merchandise in hard-to-reach places such as elevated areas if possible. And if you can, display just a few of each item, keeping most of the merchandise in a secure area.

Get to know police: Cultivate a relationship with your local law enforcement personnel. Ask what steps they take – and what steps you can take – to monitor social media for signs that such events are being planned.

Security: Larger enterprises might consider deterrents like laminated glass on store windows, or security elements that can hinder criminals from fleeing the scene, such as fog systems and roll-down gates. If those are a part of your plan, make sure employees know how to use them, and also that your team members understand that the first priority is getting themselves out safely. Have plans for both response and evacuation, and update them regularly as circumstances change.

The more security cameras, the better. First, numerous cameras might cause the planners of a crime to seek out a less well-defended target. And should a robbery occur, multiple cameras will help law enforcement personnel in apprehending as many of the offenders as possible.

If there’s any good news here, it’s that a typical commercial insurance policy will cover losses due to robbery, flash mob-style or otherwise. Speak to your risk advisor, though, to make sure you’re adequately protected.